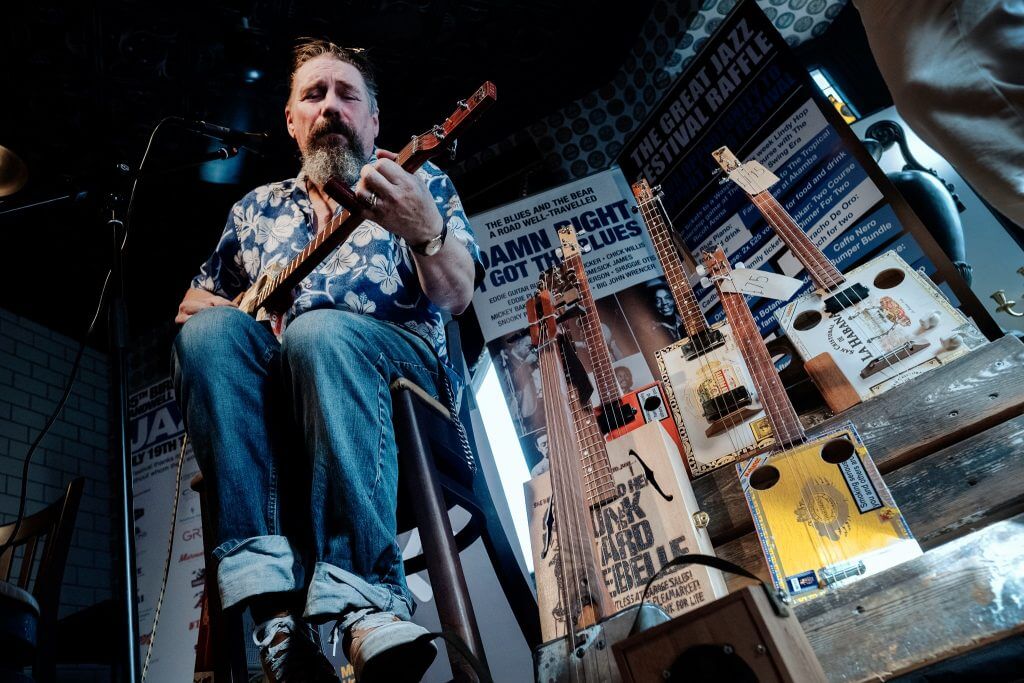 Thurs 22nd July
Live onstage at 9pm ish
Chickenbone John and Harmonica Dave
Chickenbone John, ‘The Godfather of the Cigar Box Guitar’, has become a huge favourite at the festival in recent years, with highly successful workshop/concerts demonstrating how to make and play 3-string cigar box guitars. John, whose musical career began in a punk band, has been perfecting the art of creating guitars from cigar boxes, inspired by the thought that such great bluesmen as BB King and Lightnin’ Hopkins began with home-made instruments. In performance he is joined by his regular associate, Harmonica Dave, in reviving the authentic sounds of early blues.
+DJs
Part of Birmingham, Sandwell & Westside Jazz Festival 2021
8pm doors, free entry, live music starts 9:15pm
+ Google Calendar+ iCal Export