Don Letts – There And Black Again, An Evening With The Rebel Dread

Don Letts – There And Black Again, An Evening With The Rebel Dread 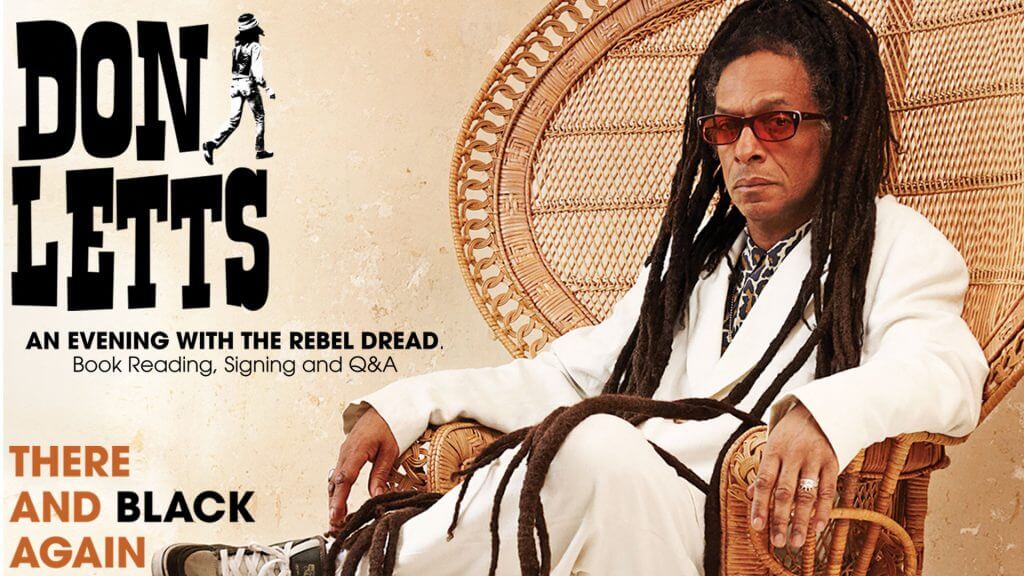 Don Letts – filmmaker, musician, DJ, broadcaster, social commentator, husband and father – has always defied conformity. A British-born son of Windrush parents, he seamlessly pivoted between London’s punk and reggae scenes – earning his reputation as the ‘Rebel Dread’.
In There and Black Again, Don Letts looks back on his exceptional life, which has seen him befriend Bob Marley after sneaking into his hotel, join The Clash’s White Riot tour as manager of The Slits and become one of the UK’s most highly regarded video directors just as the MTV boom hit.
Told in part as scenes from a movie shot on location in London, Kingston, New York City, Los Angeles, Windhoek, Salt Lake City and Goldeneye, There and Black Again co-stars a cast of hundreds, including Joe Strummer, John Lydon, Bob Marley, Chrissie Hynde, Chris Blackwell, Paul McCartney, Nelson Mandela, Keith Richards, Patti Smith, Chuck D., Malcolm McLaren and Vivienne Westwood.
With reflections on the Black Lives Matter movement and the highs and lows of personal relationships, this impactful book includes moments of civil unrest, live music, humour and political struggle. There and Black Again is the refreshing and often unexpected story of a man who has never been afraid to tread his own path.
*PLEASE NOTE*
This event will be taking place under physical distancing requirements throughout the venue.
We can only accept people in groups of either 2 or 4.
One ticket per group, one ticket provides entry for the amount of people listed.
By purchasing tickets, you are confirming that you or your group are allowed to enter this venue in accordance with current government guidelines regarding personal bubbles.
We will be taking temperature checks upon entry.
There will be ONE sitting on this event. Doors open at 19.00, show starts at 20.00. DJ set and book signing at end of the evening. Books are available to buy at the event.
For any ticket or event questions, please contact jon@f-10.co.uk
+ Google Calendar+ iCal Export