Hey Pixies (tribute to The Pixies) live at The Night Owl

Hey Pixies (tribute to The Pixies) live at The Night Owl 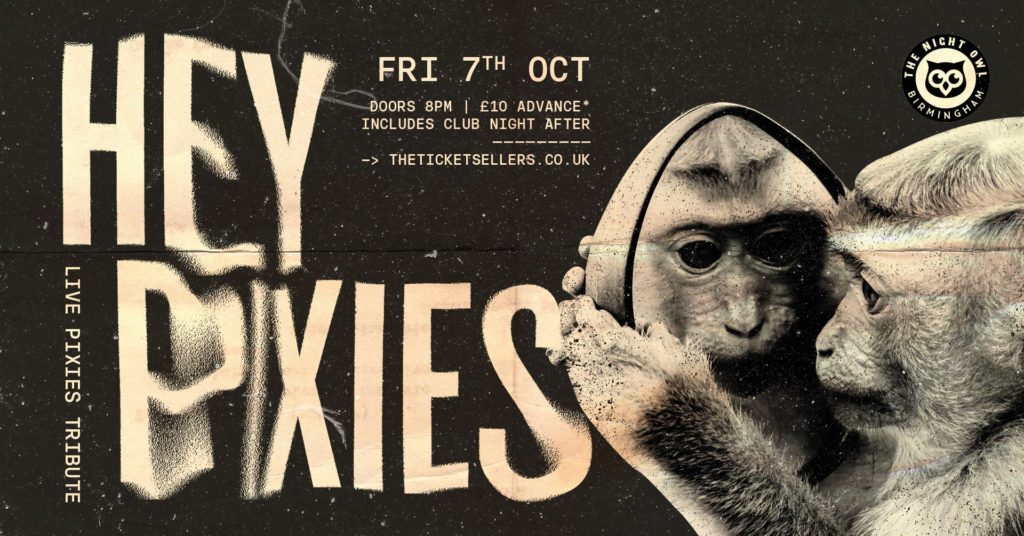 Friday 7th October
Hey Pixies live at The Night Owl!
Hey Pixies are the UK’s most gigantic Pixies tribute band
Formed late 2015 in Manchester by four talented musicians who have each previously notched up many gigs with original and other cover bands. The guys (and gal) came together through their shared love of the Pixies.
A few false starts later, the current line-up of Hey Pixies started intensive rehearsals. 6 months later the gigs started and were enthusiastically received.
They quickly gained attention of promoters across the region and appeared on numerous sold out tribute festivals over the summer. They have gone on to be seen as the best Pixies tribute act in the UK.
Hey Pixies strive for the original authentic Pixies sound and play the classics as close to the original recordings as possible. If you have recently missed the awesome live experience of the Pixies, then no fear – come and see Hey Pixies.
Expect all the timeless indie defining tracks such as Monkey Gone to Heaven, Here Comes Your Man, Debaser and Where is My Mind? As well as a load of loud-quiet-loud magic in the form of Hey, Gouge Away, Holiday Song and…… well you will have to come and see them! Don’t be Tame!
+ Add to Google Calendar+ Add to iCalendar