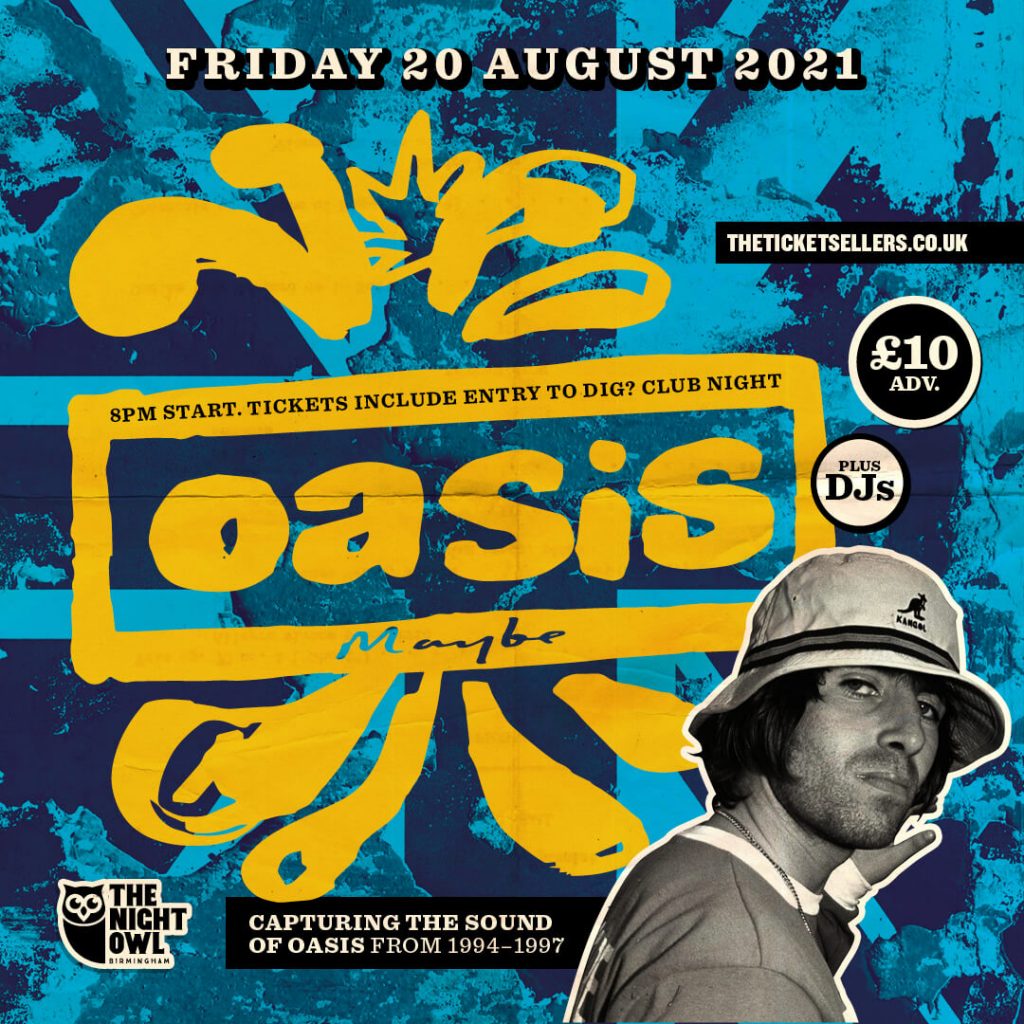 SATURDAY 20TH AUGUST
The Night Owl proudly presents
Oasis Maybe (Oasis tribute band) are back by popular demand after a number of sell-out shows with us over the past couple of years performing the iconic Oasis era of 1994 – 1997.
Well known as one of the best Oasis tributes around, the band had the honour of playing with Definitely Maybe drummer Tony McCarroll live on stage!
+ DJs
8pm start.
£10 advance.
Tickets include entry into Dig? Club night after
+ Google Calendar+ iCal Export