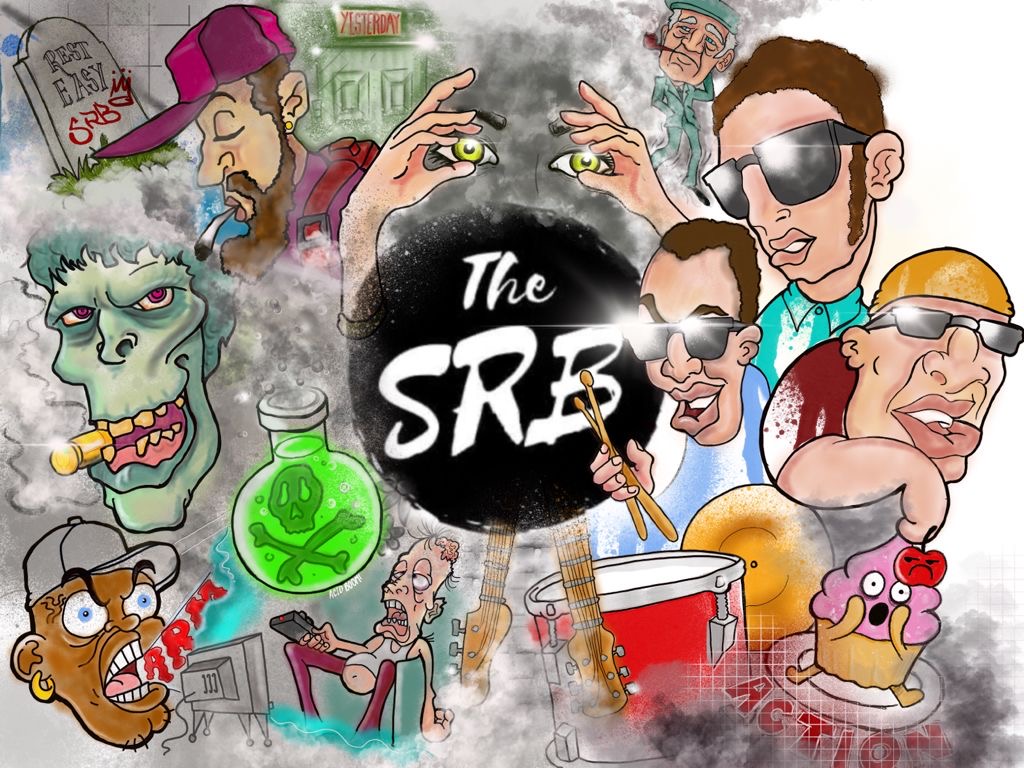 Friday 9th September
The SRB
Back after a sell out album launch party at The Night Owl earlier this year!
The SRB are a versatile Birmingham three-piece outfit made up of experimental Singer/Songwriter Samuel Rogers, along the ‘Funk Punk’ Chris Moulton on Bass and Samuel’s very own Keith Moon-like best friend, Harry O’Dowd on drums.
The band originally formed back in 2013 and soon released their live EP ‘Turn It Up!!!’. Their songs range from Rock, Soul, Funk, Psychedelic Rock, Blues and more. After a good stint of playing gigs and at events up and down the country, supporting the likes of Stone Foundation, The Moons and The Spitfires on their travels, The SRB eventually disbanded with Samuel and Chris going to work on other music projects such as White Flag Dares.
Then in 2020 when a loyal member of their fan base ‘The SRB Army’ Jack Baudet sadly passed away, his wish was for The S.R.B to perform at his wake.
After a few messages sent back and forth between Sam, Harry & Chris, The SRB gladly got back together for the occasion and performed at Jack’s wake. At the wake after they performed and like they’d never been away, the band had a good conversation with Jack’s family about the band recording the old songs they never recorded the first time around for old time’s sake and for their loyal supporter, ‘King’ Jack. This sparked the return of The SRB to get work on their long-awaited debut album.
The band started work on ‘A Piece Of The Action’ in March 2021 with John Rivers, who had previously worked on The Specials hit ‘Ghost Town’, and Eddie Hewitt at Woodbine Studios in Leamington. Former Ocean Colour Scene guitarist Andy Bennett also accompanied the band in the studio on various tracks.
+ support from Matty Coles
Singer/songwriter hailing from Warwick, England! Matty has been writing and performing for over 20 years, with his first album released in 2012 and second album due for release 2019 he has sold out shows all over the UK under his belt including The Cavern Club, Liverpool, Corn Exchange, Milton Keynes, Assembly Rooms all across the UK plus Godiva, Coventry and many festival appearances! Matty has played with some of the best signed and unsigned bands all over the country most memorable the 60’s legend Terry Reid! Matty is bringing his unique style and incredible voice to Birmingham with his band to play his latest album on his Ticket To Nowhere TOUR ! Get ya tickets early for this one and we’re see you down the front !
Tickets £5 and includes entry to club night after the show
+ Add to Google Calendar+ Add to iCalendar